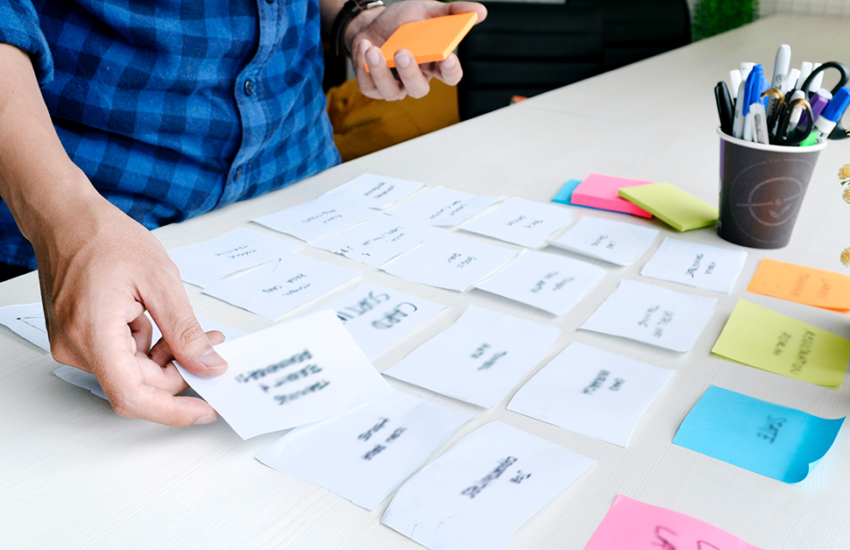 When sorting, what we want to look at is time. How long does the action last, how long does the loop take to repeat? Micro is short, macro is soon or near future, and meta is longer than a play session. Micro, macro, meta grouping is a great design tool because we can get a lot of useful information about our game and player experience just by doing some quick sorting based on time.

Micro covers what is happening right now. It could be crafting an item, jumping, sliding a tile, or hitting an enemy. We count the length in seconds.

Here the player is emotional and reactionary. They do things based on what they see, hear, and feel. They pet the dog because they see it and want to feel joy.

The player is very aware of when your micro is not working and can tell you within seconds. Feedback is often subjective and based on feelings.

You will often find your core gameplay here. If players are not having fun, this is where you would first look and try to improve.

Macro covers the near future. It can take anything from a minute to hours but must be repeatable at least once per session.

While micro is rewarding the player emotionally, macro is more focused on mental rewards. The player must plan to solve a concrete problem or reach a goal. It could be to win a match, solve a puzzle, defeat a group of enemies, or resource management.

Your macro is what keeps the player playing and motivated. When players lose their sense of time or say “just one more turn” it results from a great macro. Having multiple different types of macro loops active at the same time is a great way to keep players playing. If they get bored or reach a goal, they already have something else to do.

If you have problems with short play sessions or lack of player motivation, you need to focus here.

Meta covers what is longer than a session and what is happening outside the game. Your meta loop length can be anything from days, weeks, to months. Meta is responsible for the player returning. You can have a great micro and macro, but you risk people choosing something else to play next without a good meta.

The most basic meta is just a longer macro. Instead of completing a quest, we complete an entire questline. Instead of a better piece of gear, we want the best in the game. Players can also create their own long-term goals that fall into meta. In games with shareable user-generated content, the players add to the meta by giving others a reason to come back. In heavily story-driven games like Detroit: Become Human and The Stanley Parable, the story is the meta.

You know you have a good meta when the player is spending time outside the game thinking, talking, and planning about your game. Just like macro it is a good idea to have multiple meta loops running at the same time.

I am going to use micro, macro, and meta grouping on some popular games. My examples are not meant as a full analysis. I could spend an entire post just talking about one of the games. What I want to do is help you get started and highlight an interesting thing about each game.

The micro is very simple and is only there to support the macro. The loops in macro are short and easy to achieve, which is excellent for a phone game where the player may only have a couple of minutes to play.

Because the game is free to play and relies on in-app purchases, a good meta is very important. Having daily rewards and special events gives the player something to look forward to. By involving friends and family on platforms like Facebook, the game can inject itself into the players’ life outside the game.

The micro is very big because of all the heroes with their unique abilities. Having such a big micro gives the player a lot of power over how they want to have fun.

Many macro loops are running simultaneously, so the player always has a goal to achieve. If they cannot destroy a tower, they can try to gank. If there are no enemies to fight, they can buy items. This is great if you never want the player to be bored but be careful as it can also lead to stress if they never get a break.

League of Legends is spending a lot of time and money on events and community platforms outside the game to keep it meta healthy. If a player wants to read about or watch something related to League of Legends, they can. You also see this kind of outside meta in games like World of Warcraft and Overwatch.

What I find interesting in Overcooked is that it did not strictly need a meta to be fun. If there were no stars and all levels were unlocked from the start, the core gameplay would still be the same. I would still have a fun time playing with my friends, but we might not play again when we meet two weeks later. Merely adding a star rating to levels and having us drive around the map to unlock them makes us more likely to return. Next time we meet, we select Overcooked because we need three stars in that super hard level or because we haven’t unlocked all the levels yet.

Remember that if people don’t come back to your game, it does not necessarily mean it is not fun enough. Your game might be great, but even a great game can get lost between all the others if it does not have a good meta.

The micro allows for a good range of emotions like fear and excitement when fighting creepers, curiosity and surprise when exploring, and relaxation when building.

Minecraft’s macro provides the player with goals like advancing in the crafting system, finding diamonds, and killing mobs for XP, but gives the player freedom in which of these goals they want to work towards at any time. It is also easy for the player to make their own player-defined goals and rewards. If they don’t want to dig after resources, they can do something else like exploring the nether, building an epic mage tower, taming a horse, or becoming a wheat and melon farmer. Having such control over the macro allows the player to shape the game into the most fun version for them.

Micro, macro, and meta grouping, like any other design tool, involves subjectivity and can be modified to fit specific player types and game genres. You may want to sort my examples differently or come to another conclusion, that is perfectly fine.

Grouping your game into micro, macro, and meta is another tool in your toolbox you can use when designing, analyzing, and talking about games. If you ever need to answer questions like, “Why are players not having fun?”, “Why are play sessions so short?” or “Why are players not coming back” try it out. You might have a great game that just needs a small boost in one of the groups.